Since we are talking about the best waifu 2021 / top waifus of 2021 this list of most popular waifu of 2021 will change in the future.

There will be many more animes to come out this year and hopefully we will find our best anime waifu then.

This list of the best anime waifus of 2021 only considers the animes release in the year of 2021. This is not the best waifu of all time list. But who knows few of these waifus might get an entry to that list as well.

Horimiya took the anime world on a spin with a great story and character designs. This waifu is perfect for someone who wants a smart, caring and intelligent waifu! 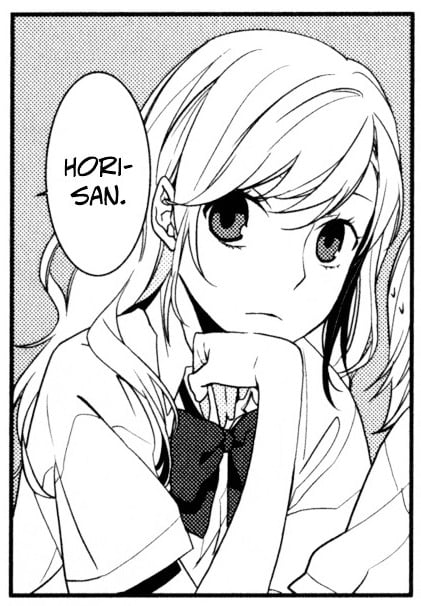 Kyuoko is the main character of the Horimiya anime and manga. She is a 17-year-old girl in grades 3-1 of Katagiri High School. She is a lovely and beautiful girl with chestnut brown hair and golden brown eyes. A long and slender girl usually has ponytails as a hairstyle or ties it in a bun. She wears a school dress most of the time and casually has different styles of dress, even in her plain attire.

Not meaning anything bad but she loved potatoes more than anything else! 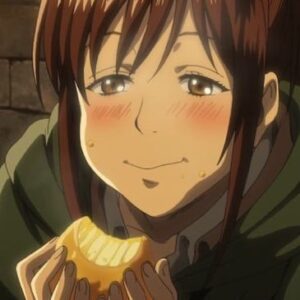 She is brave in dangerous moments, she judges dangers perfectly. Before joining the military, she was self-centered and cared only for her village. She had a terrible few years as a young child; the inability to get food increased her appetite, which is why she eats a lot, especially when stressed. However, in this series, her demise is depressing to all fans.

The Stone Age waifu that everybody wants! 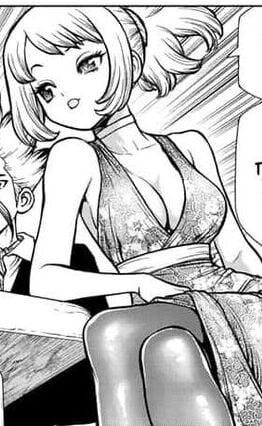 She is young and maybe delicate, but with that spiky hair and hunger for knowledge, she will surely survive the Stone Age.

Kohaku looks like a Japanese-American mix, and fans have already developed several theories about the same. Kohaku looks stunning in her blue suit, and as far as her character is concerned, she is fierce and definitely in love with senku.

That emotionless face have taken hearts away! 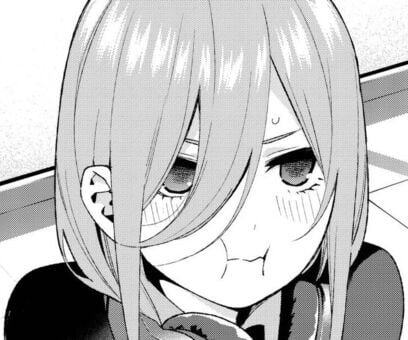 But do not let that fool you she is calm and calculative but does not have much confidence. And she likes generals from the sengoku era so if you are into history and into kawaii and calm waifus then she is the best option for you.

Although she have low confidence she will win against you when it comes to history exam!

Nobara and Maki could have been included in this list, but Miwa stole our hearts with her cute acts! 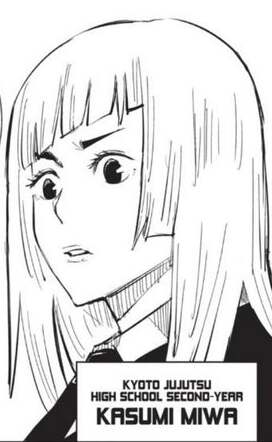 Yes she is not as strong as those other girls, but they aren’t as cute as her either.

But her appearance might fill you since she is always in a professional attire, but she has a quite funny, goofy side hidden under there!

But be careful, she does swing her sword hard and fast.

A cute ogre princess as a waifu, who would not want!

Although she has two horns she will not hurt you but she gets upsets over some physical feature for sure :p 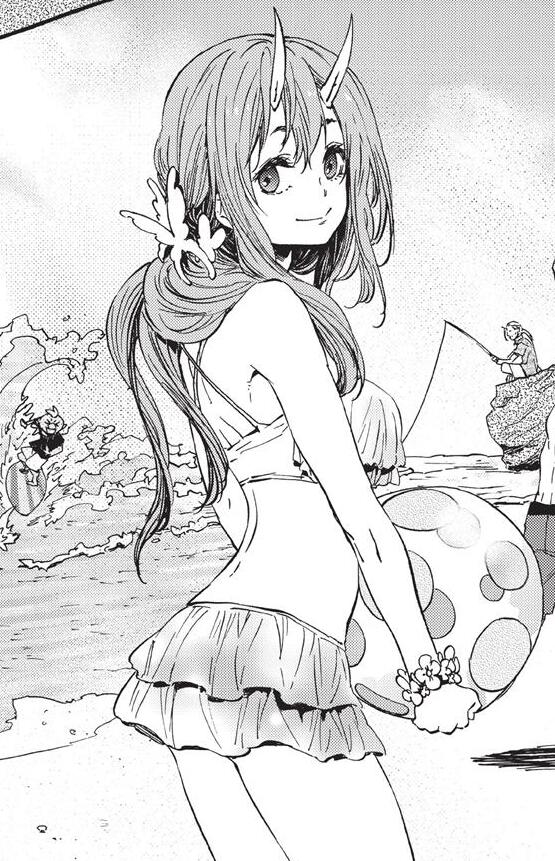 And Shuna always gets in some tug of war with Shion sometime.

But the horns in her human forms are shorter and less intimidating. And since she is a princess, she is gentle and graceful.

And her pink hair and dress increases her cuteness even more. But do not mess with her brother, she loves him too much.

Shion is also from the same anime where Shuna is from. And she is quite the opposite of shion. 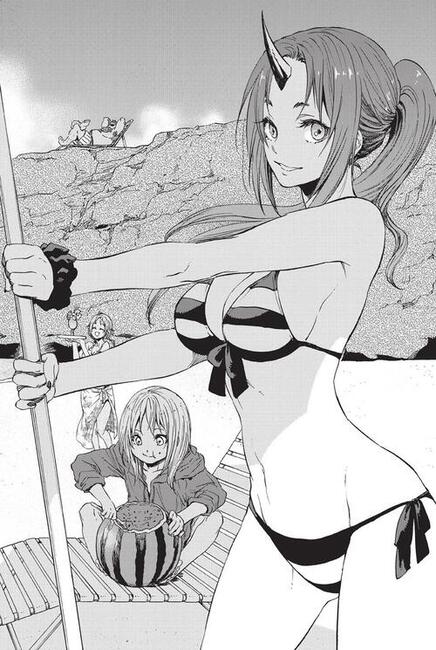 She has a beautiful figure and since she is an ogre she is really strong! If you are into strong badass waifu who also looks really cute then Shion is the best waifu for you.

But remember in the series she was once a villain – so wrong steps and you will be done for.

Be careful with this waifu she often had massive nose bleeds and faints.

And what causes those? 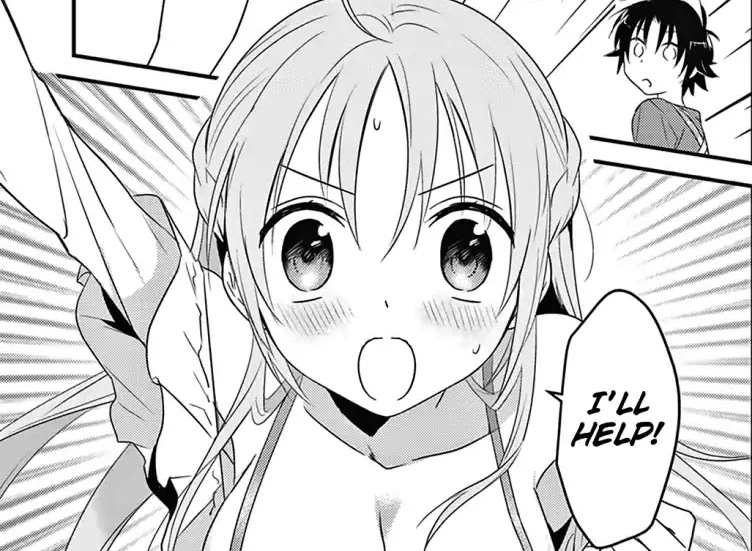 Yup. She is quite the shy type and gets into trouble when boys are near her. yes just near her, she can not handle guys easily.

And that somehow attracts many guys to wish that she is her waifu!

She does not may look like it but she is one of the oldest and strongest demon lords. 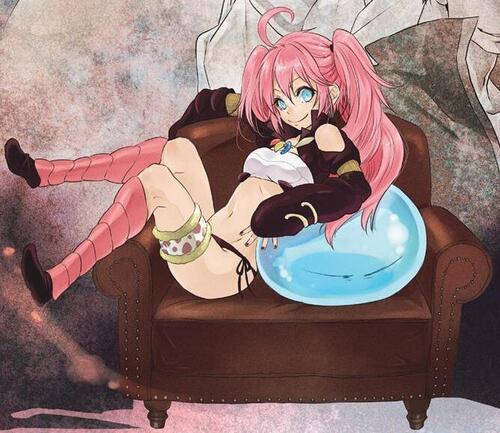 She has a childish personality and combined with that power of a demon lord she is unstoppable.

But that does not hold back your imagination, does it?

She is the perfect waifu who does adores childish behaviors. Stay in her good books, and you will be rewarded with care and love. But piss her off, and you will face the wrath of a demon lord.

Nagatoro is the latest entry in this list. She made it to the list with her lewd ideas about bullying her senpai. Did you ever wish to have a kohai like her? Then here you go! 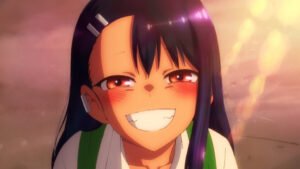 As a waifu she will keep you at your toes and always ready to pounce on you with unique ideas.

And that neko like face and evil smile – if you are into it then she is the best girl for you.

Is Hinata stronger than Sakura – Who has the edge?