Why people want toga as waifu? Is Toga a good waifu? Is she is the best waifu in My Hero Academia!

Is Toga a Good Waifu in My Hero Academia

Himiko Toga is a villain. Yet her bloodlust and craziness could not stop Otakus from loving her.

Her killing spree could not deter her followers from declaring her a waifu!

Who Is Himiko Toga of My Hero Academia

Himiko Toga is a character in the anime and manga series My Hero Academia. She is a student at U.A. High School and is part of the League of Villains. Her quirk allows her to transform her body into anyone she has ever seen, which she uses to stalk people she deems worthy of her attention, including Stain and Izuku Midoriya.

But, she needs to drink the blood to copy other people’s appearance and later she would realise that she can copy their power as well.

She is known for being unhinged, wild, and unpredictable. Some would say that she breaks the mould of what a typical waifu should be. Because of this, she has become a fan favourite.

She Gets Naked to Use Her Quirk: Hidden Information

Toga drinks blood to activate her quirk. By drinking blood, she can mimic the person. Later we know that she can copy the powers of that user as well. Since she can copy the clothes of that person as well, she has to get naked to use her powers.

But she does not get naked every time.

She only needs to do this if she is on a spy mission. So she can copy the clothes as well.

[Waifus are for Losers]

Cute Toga Himiko Will be Crazy for you!

BNHA Toga will be super crazy if she likes you. And you probably need to be bloodied to get liked by her. And she will go crazy for you. So crazy that she would want to hurt you.

But she just wants to be like you. She has no ill intentions, but she will draw your blood and drink it.

She is a pansexual?

In one manga panel she says she loves Stain, She loves Deku and Ochaco Uraraka. Now in all of her craziness, she probably wants to hurt them and drink their blood.

This is probably how she loves people.

So Otakuw world has gone crazy after reading this panel. And though if Toga was bisexual, she into girls as well.

But, don’t get your hopes too high!

Himiko is a powerful and skilled spy and saboteur. She is also an excellent acrobat, which makes her well-suited for infiltration and sabotage missions. Additionally, Himiko’s quirk gives her some advantage in combat or espionage situations.

Himiko is a powerful villain, even though she is only a C-rank. This is because her powers come from her unique circumstances and quirks, rather than any innate ability she may have had as a child or even as an adult.

Additionally, Himiko’s powers allow her to do things other C-rank villains cannot do or are not able to do for various reasons when it comes to spying.

Finally, despite her rank, Himiko is still a powerful villain because of the abilities she possesses and the methods by which she uses them to achieve her goals (spy, sabotage).

Himiko has many traits of a stalker, such as obsessing over particular people and following them anywhere and everywhere. When we first meet her, Stain is the object of Himiko’s affection, but she soon develops the exact same feelings toward Izuku Midoriya and hunts him down during the hero license exam.

She has a Mask similar to Bane?

The mask is designed to look like Himiko’s mask from the Batman comics. It is made of a flexible material and has an attachment to draw blood from victims. The mask is also meant to protect Toga during combat situations.

And those silver canisters probably store the blood. There are 4 of them, so she can switch between these 4 people quickly. This heavily improves her combat abilities, and we see her fight as a part of the Tomura Shigaraki’s gang.

She is also curious like a cat. Her curiosity often ends up hurting the person of interest, but still is the waifu of many.

Himiko Toga’s full name, Himiko Toga, can be translated to “wear, put on”. This is significant because it is her Quirk. Himiko Toga can migrate to another person’s very being and put it on like clothing. This allows her to take on the appearance and abilities of other people which she does in order to further her own goals.

Yes, there is censorship of nudity in the anime. Himiko Toga’s quirk allows her to imitate a target’s clothes, but her own clothes do not stay on. It is not R-rated to actually show Toga nude.

But you can order a custom anime art piece of Toga easily here! 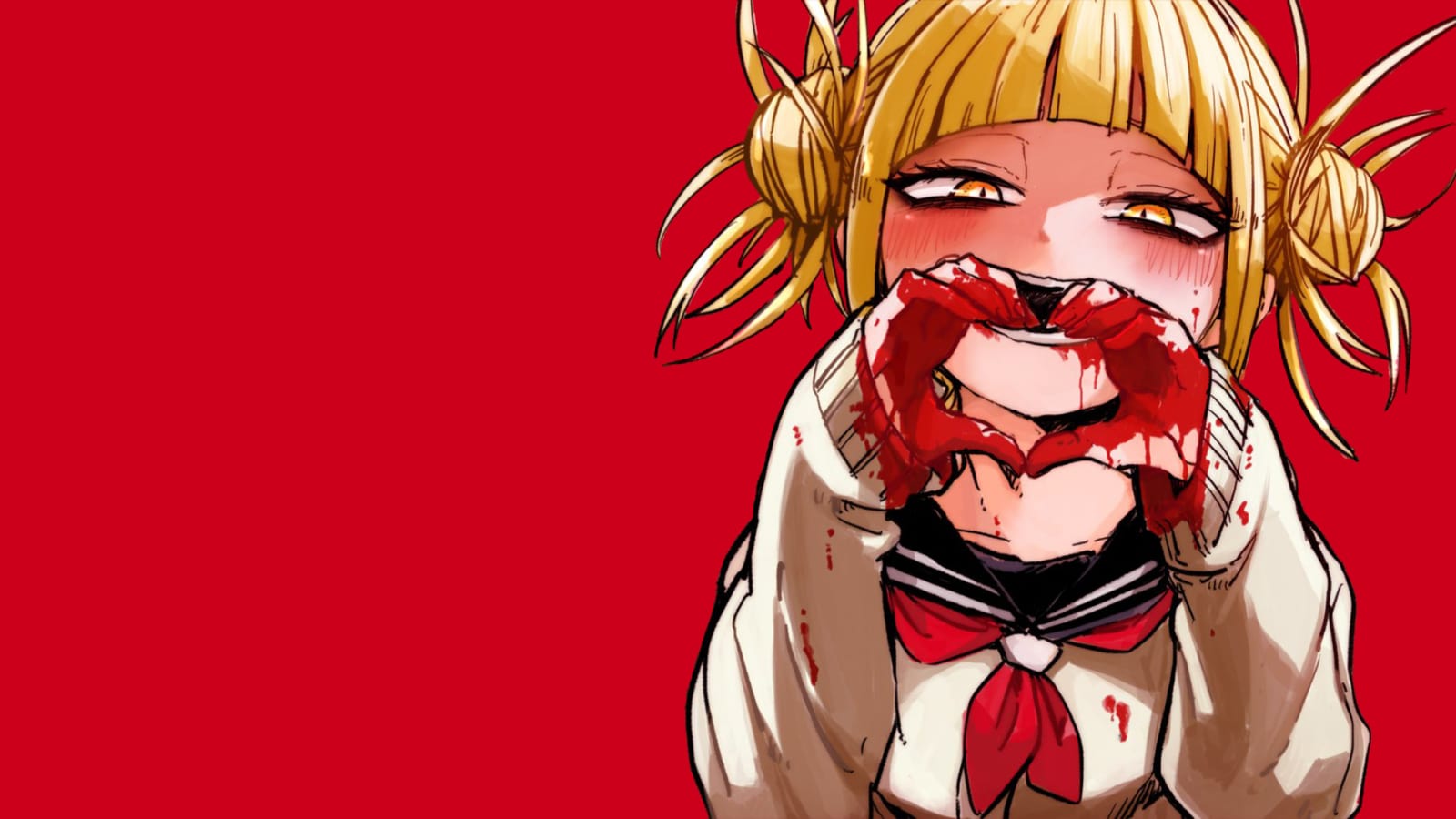 People like how crazy Toga can be and believe she as was waifu make their lives better. But in reality, would she?

She can be kinky and abusive but many surely would love it.

And with her power may be these Otakus are planning something weird as well.

Waifus are for Losers – Not really you live in reaity